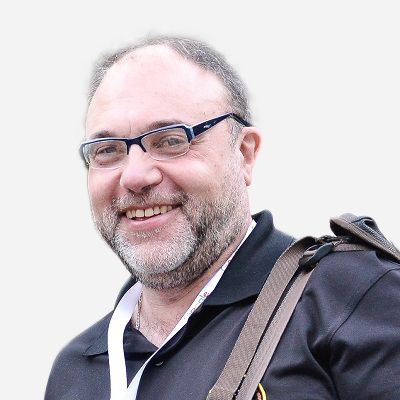 
BiographyJavier Carranza is recognized as world class geo data scientist , an open government expert and and a civic tech opendata advocate. Carranza is the founder and director since 2008 of [GeoCensos](http://www.geocensos.com) a Latin American based geo data foundation that analyzes geospatial technology trends , formulates projects to aid government data agencies and organizes data events, like the Mapps Hackathon. Javier regularly gives keynote speeches and hosts dynamic workshops with the statistic community and civic tech groups . In 2017, he was recognized as the most influential civic tech leader in Latin America and the Caribbean by ACOPI, an industrial union of small and medium entreprises from Latin America. Javier is an active contributor to blogs and maps in the Openstreetmap community that creates the open and editable map of the world.AbstractThis proposal focuses on the "Leave no one behind" (LNOB) proposal of the document "A world that counts"; seeking to discuss how to make the most vulnerable visible through the incorporation of the geospatial dimension in the analysis and dissemination of statistical data. The presentation will address the production and use of data generated in large statistical operations, such as decennial censuses or household surveys in countries, cities and territories with situations of violence, threat or exclusion. The contents include security reporting solutions to alert census trusts about potential problems in census tracts. Also, the speaker will illustrate the potential of massive data contributions in the form of crowdsourcing that open platforms can mean for collecting information in countries such as El Salvador, and how data co-production can contribute as an added value when using information collected by civil society. Finally, the talk will present aerial survey tools such as the Data Cube to address the raised issue with open data satellite coverage.