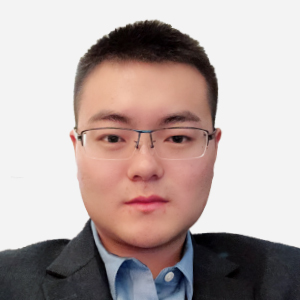 BiographyXiaoyu Ma, young entrepreneur, Tianhe construction founder. Research on intelligent construction and simulation of large-scale infrastructure projects. He has completed more than 10 BIM consultationproj ects including the Sanya New Airport Artificial Islands Reclamation Project and The Main Road of Zhoushan Port in Ningbo ProjectAnd won a number of industry awards.He has received a Special Recognition Awards from The Year Infrastructure 2017 Conference(Singapore). As a speaker of the World Geospatial Forum 2018 (Hyderabad, India).AbstractThe future city characterized by 'data-driven, algorithm-empowered computing, intelligence in the cloud - intelligence at the end' is comingWhat will cities be like in the 21st century How to build new cities According to the prediction of the United Nations, there will be about 200 million newly-born urban population in China by 2030. With the population migration from cities to metropolises, we are in urgent need to uncover the veil of "future city" and a smart urban construction method. The breakthrough of human society from perceptual intelligence to cognitive intelligence will make the world smart. ABCDG (AI/BIM/CLOUD/DATA/GEOSPATIAL) will become the core technology to booster integration of human society, computer and the physical world. The integration of information system, physical system and social system will completely release the productivity of smart cities.

China is in action! As a part of the Millennium Plan", Xiong-an, an area of 2000 square kilometers, is emerging rapidly. This ambitious plan will be a pioneer to the world's future smart cities. In the construction process, dozens of design institutions and construction units including planning, gardening, municipal administration, pipe gallery, transportation and architecture strive to achieve construction management of the whole process based on a digital twin blueprint based on the whole process of construction management, and integrated analysis and planning of 2D and 3D data as well as creating dynamic information.