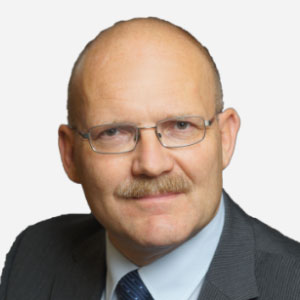 
BiographyLieutenant Colonel Volker Kozok is Assistant Branch Chief in the Legal Division of the German Ministry of Defense. Volker Kozok started his career as an Armored Infantry Officer in 1980. He is working in the area of Cyber Security for 25 years, since 2005 he is working as a technical expert for the Data Privacy Commissioner of the German Armed Forces.

He organized the first computer forensic workshops for the German Armed Forces and planned and built-up the Computer Emergency Response Team of the Federal Armed Forces. He is an experienced cyber security expert and Ethical Hacker. He was the head of delegation of the yearly US-Studytour, a tour with 18 Cyber Security Experts from German Armed Forces and German Industry visiting different Cyber organizations and companies in the US. He is the Conference Director of his own International Bulletproofhosting & Botnet Conference.