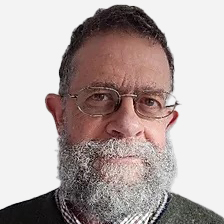 Bruce provides leadership to EUROGI's "Policy" Portfolio Group where the focus has been on "Beyond SDIs", "Geospatial Green Deal" and "Women in GI". The Group also coordinates EUROGI's submissions to the European Commission in response to calls for comment on proposed policies or legislation.

He is a professional town and regional planner who has been involved in geospatial matters for many years. He is based in Ireland.AbstractBruce McCormack, the EUROGI Vice President, will mention the "Beyond SDI" initiative which EUROGI has coordinated over the past year, an initiative which has involved a group of geospatial experts from around the world. Based on the work undertaken by this group Bruce will outline how the geospatial environment has changed since the inception of the SDI model/framework in the late 1980's/early 1990's, what some of the features which are likely to be in any Beyond SDI framework, and end by outlining a possible framework which could replace, or more likely complement, the SDI framework.