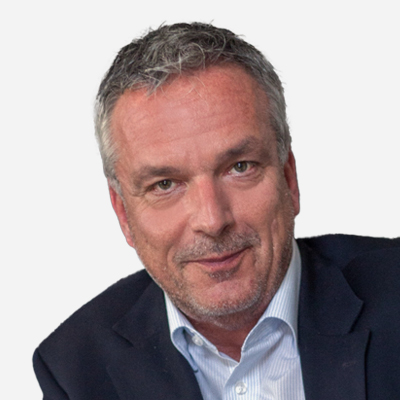 BiographyAfter graduating in electrical engineering, he began his professional career in 1983 as a research assistant at the Institute for Material Flow and Logistics of the Fraunhofer Gesellschaft in Dortmund, the world's leading organization for application-oriented research. Since then, Prof. Meinberg has held various leading positions within and outside the Fraunhofer Gesellschaft, further expanding his expertise in the above-mentioned subject area in various industries. Since 2009, one of the numerous projects he worked on or was responsible for, which dealt with safety issues in critical traffic infrastructures, has developed into intensive work on unmanned aerial vehicles in the context of logistics and other application scenarios. This was joined by unmanned (autonomous) surface vehicles - a topic that was already the subject of his dissertation thesis in 1989. Nationally, Uwe Meinberg is an honorary member of working groups of the German Federal Ministry of Transport and Digital Infrastructure, for example. Internationally, he is, among other things, a member of the Board of Directors of UVS-I and co-initiator and founding member of the European Drone Cooperation. Outside of TITUS Research, he is professor of the chair "Industrial Information Technology" at BTU (Brandenburg University of Technology Cottbus Senftenberg) and chairman of the board of CURPAS e.V.AbstractData Driven Agriculture - 5G and autonomous systemsTITUS Research conducts applied research and development on highly automated and autonomous vehicle systems as well as on dedicated infrastructures. On behalf of a German federal ministry, TITUS is working on a highly innovative project to show the benefits of 5G-telecommunication for the interlinking of sustainable crop production and digital products. Addressing crops that are grown in organic quality and are subject to strict conditions in their cultivation, proof is provided that the intelligent combination of autonomous land and air vehicles, state-of-the-art sensor and communication technology and the use of artificial intelligence achieve increases in productivity and quality -a major advance for agriculture.

Characteristic features of 5G-communication (enhanced mobile broadband, massive machine type communications, ultra-reliable/low latency communications) are not only used to coordinate and control cooperatively acting vehicle systems, but in particular to provide large amounts of data (soil, plants, sensors, vehicles) geo-referenced in real time for field management. The overall system consists of an in-situ-sensor network, a field robot, an autonomous track-maintaining drawbar-mounted implement, a fleet of drones and the control centre for data integration and for the control of the autonomous systems. The presentation will show the underlying concepts and, in particular, the benefits of the control centre.