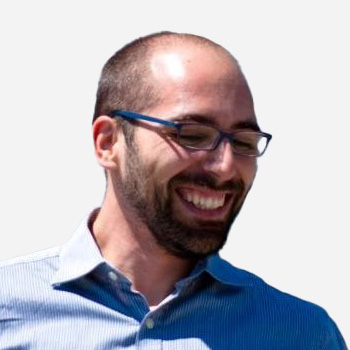 BiographyDavid Paredes joined Aistech in 2015 and serves as its Chief Scientific Officer. In this role, he provides scientific direction and input to both the applications and space infrastructure teams, and has been instrumental in the development of Aistech's first-of-a-kind high-resolution thermal infrared imager. David was awarded a PhD in Atomic and Molecular Physics from Durham University, United Kingdom, in 2014, and was selected as a Marie Skłodowska-Curie Fellow in the group of Quantum-Photonics with Solids in 2015. He has published several academic papers in the field of quantum physics. He believes that important discoveries happen out as well as inside the laboratory, and is passionate about being a science educator and communicator to all audiences.AbstractMore Accurate Wildfire Risk Assessment Using High-Resolution Thermal Infrared ImageryIn spring of 2022, Aistech will launch one of the first commercial satellites capable of taking daily high resolution thermal infrared (HR TIR) images on demand anywhere on the planet. This capability will provide a differential advantage to several use cases, including fire management. Aistech's HR TIR imagery will enable fire managers to see previously undetectable dry spots, and provide a more accurate estimate than other types of imagery of the best indicator of wildfire: fuel moisture (FM). FM is crucial in quantifying the fire risk of a forest, since more dry fuel results in higher wildfire risk and severity. Aistech will enable the daily monitoring of entire forests with its first satellite at a fraction of the cost of traditional methods, such as aircraft and drones. Monitoring at this scale will provide fire managers with unprecedented insight for resource planning and wildfire risk prevention. Over the next 3 years, Aistech plans to deploy a constellation of 20+ thermal-enabled satellites to serve use cases such as fire management. The constellation aims to deliver TIR at a resolution of <50 m, and provide sub-daily revisit times.