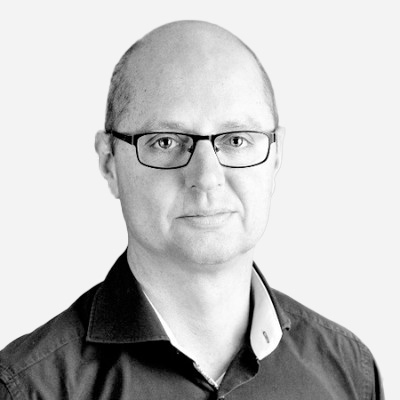 BiographyMr. Reuvers obtained his BSc. at the Polytechnic in Geodetics in 1991. After working as a consultant for a software house for administrative geo-information applications, he transferred to the Ministry of Defence, and organised the maintenance of 30 different geographical datasets for projects and operational management.

In 1999 he worked for a software house, which designs applications for procuring and exploitation of geo-information. In his role as product manager he contributed to the developments of data warehouses, land use applications, address / building integration and portals.

From 2003 till 2007 he is working at the Netherlands Council for Geo-Information, Ravi, as manager for the Standardisation Program. Since 2007 for Geonovum in the same role. Renewal of the Dutch semantic standard on geo-information NEN3610, is initiated under his responsibility. This standard provides a national agreement on semantics in geo-information (modelled in UML) and is based on the international standards of ISO TC/211 and OGC.

Since 2004 - 2018 he is the Dutch representative and chairman within different working groups of INSPIRE and a member of the CEN/TC 287, ISO/TC 211 and OGC. He worked also on the BIM and Geo integration. Since 2018 he is working as advisor for the board of directors for the Kadaster. One of his focus points are Digital Twins.