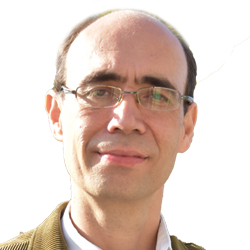 AbstractIt is increasingly acknowledged that a substantial part of tropical deforestation around the globe results from illegal forest exploitation: forest crime. A consequent policy reflex is to invest in more law enforcement. However, criminological research shows that in order to reduce crime, crime prevention generally is more efficient and also cheaper than law enforcement. Moreover, in the case of forests, the general global goal is forest preservation, which gives another reason to focus on prevention rather than law enforcement.

Brazil is the country that, by far, loses most forest. In itself, Brazil has a sophisticated, satellite and GPS oriented forest protection system. Brazils rapid-response satellite system can automatically detect and locate large-scale deforestation. Perpetrators have, however, adapted to the satellite enforcement system, by shifting to small-scale deforestation, acting during the night and more frequently during the rainy season, when clouds block the view of the main satellites.

A criminological pilot project at various forest crime hotspots in the Brazilian Amazon shows that community-based forest crime prevention can be carried out successfully if the interests of traditional communities align with, and have access to, the forest law enforcement and justice systems. GPS and other technologies can empower local communities and increase successful judicial access in such cases.