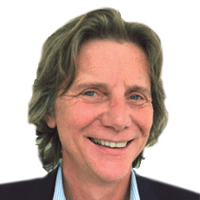 BiographyHugo De Groof is a European Commission policy officer in the Directorate-General for the environment, DG ENV of Belgian nationality. He has an academic background in geography and informatics. He joined the European Commission's Joint Research Centre, JRC in 1986 where he worked first as a researcher and later as manager on various projects and programmes where remote sensing data and other spatial information were used to support European Union policies. He joined DG ENV in 1998 to help improving the knowledge base for the development, implementation and monitoring of environmental policies. Some of his main activities in which he collaborates with other Commission services, EU agencies such as the European Environment Agency and experts from Member States and stakeholders, relate to the development and implementation of the Infrastructure for Spatial Information in the European Union INSPIRE directive, the Shared Environmental Information System initiative, the Commission inter-service activities on the Copernicus programme, the Group on Earth Observations initiative and the interfacing with the wider EU's digital economy policies such as the Digital Agenda and Digital Single Market.