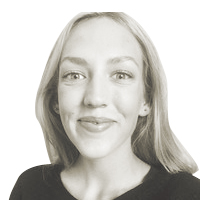 BiographyI have a background as urban and regional planner. I work as a traffic planner for The City of Oslo as a traffic planner. The traffic agent is a mapping tool where children report positive and negative experiences on their school routes. It is an app where the children play secret agents and report back to headquarter, the city of Oslo. Traffic planners receive the information and conduct measures based on the reports. The app functions as democracy in practice. By inviting children to participate in planning we hope that they will become active citizens in the future. AbstractThere are approximately 70 000 school children between the ages 6-15 years in Oslo. In 2013 a traffic planner in The City of Oslo got the task to map the need for traffic security measures on all school routes in the city. That would mean mapping Oslos entire road grid. The solution to such an impossible task was to develop an application that includes children in the mapping process.

According to the Norwegian Planning and Building Act, children have a statutory right to have a say in public planning processes that may involve or affect them in any way. The app, named The Traffic agent gives children a channel where they can voice their opinion on premises adapted to them.

Children who use the Traffic agent application can report both positive and challenging experiences on their way to school and leisure activities. This could be reports regarding a hole in the road, trees that need trimming or if cars dont stop for them in pedestrian crossings.

The reports are sent to the Agency for Urban Environment in The City of Oslo, where they are handled and solved as quickly as possible, depending on the issue.

By encouraging children to walk, cycle or use public transportation and by letting them report to the local authorities at an early age we hope to build trust, and make a foundation for active citizens towards a more sustainable future.