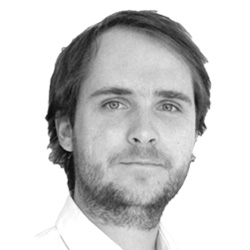 BiographyNils Seifert graduated in the field of architecture from the Technical University of Munich in 2013 and has been a research assistant since then. Together with Michael Mhlhaus, he leads the USP (Urban Strategy Playground) research group. The focus of the research group is on the conception, implementation and evaluation of decision-support systems on an urban scale. Mr. Seiferts teaching and research focuses on decision support, visual programming, 3D city models, as well as information design & data visualization. In this context, he has received several awards for his work, including two 1st prizes in the "Auf IT gebaut" (Built on IT) competition sponsored by the German Federal Ministry for Economic Affairs and Energy. Since 2016 he has been doing his doctorate at the Chair of Architectural Informatics (Prof. Frank Petzold) and since 2017 he is working on the interdisciplinary research project "Game.Up - Gamification in Urban Planning" funded by the IGSSE (International Graduate School of Science and Engineering).AbstractUrbanisation has increased dramatically in metropolitan regions worldwide over the second half of the 20th century, for example due to an attractive job market and a variety of good educational and cultural establishments. This has caused deficits in the housing market. To counteract these challenges and prohibit unchecked growth in cities, wide-spread planning methods and strategies are needed, to analyse, explore and exploit potentials in existing building structures, in order to produce densification policies on a city-wide level, as well as within the context of specific neighbourhoods.

The Urban Strategy Playground (USP) research group develops digital planning tools for this application context. On the basis of various analyses and simulations, the tools support planners in developing strategies, evaluating them and visually preparing them for political decision-making processes and public participation. The aim is to evaluate and compare possible planning measures on the basis of objective criteria. In this context, the focus of the research group is on the conception, implementation and evaluation of decision-support systems on an urban scale. In recent years, a number of tools have already been developed and prototypically implemented. Examples are the simulation and monitoring of building codes such as distance areas, automatic calculation of key figures for structural density and green space provision, simulation of shading, building energy and noise dispersion. To visualize the planning results, interfaces for the 3D printing of the city models, as well as web viewers and a connection to Augmented Reality devices were realized.