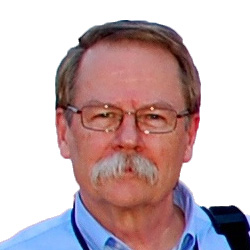 BiographyGeoff has been tracking the contribution of geospatial technology to the digitization of construction, operation and maintenance of energy, building and transportation infrastructure - primarily in his blog Between The Poles, on LinkedIn and Geospatial World. From 2014 to 2016 Geoff was Editor for Energy and Building with Geospatial Media. Prior to that Geoff was responsible for thought leadership, evangelization, and industry messaging for the utility industry program at Autodesk. Geoff Zeiss has more than 20 years experience in the geospatial IT industry working with utilities, communications, and public works in enterprise IT around the world. In his early career, he was responsible for some of the largest successful implementations of location-aware enterprise design and records management software in the utility and telecommunications sectors. In 2004, he received a global technology award from Oracle Corporation for technical innovation and leadership in the use of Oracle. In recognition of his efforts to increase the awareness of geospatial data and technologies in utilities and construction, Geoff received the Geospatial Ambassador Award at Geospatial World Forum 2014 in Geneva, Switzerland. He actively supports open standards as a director of the Open Geospatial Consortium and contributed to the founding of the Open Source Geospatial Foundation in 2005/2006.