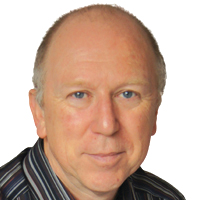 BiographyGeoff has been the Secretary General since 2011 and has driven the development of the Association into the widely known and well-regarded organisation it is today. During his long and varied career, Geoff has held senior management positions in the space industry with Astrium / EADS / Airbus as well as numerous representative positions in the UK and Europe. He was previously a director of EARSC for 12 years during which he was chairman for 6 years from 1991 to 1997. He has served on many EU consultative bodies such as Spassec (for space and security) and the SecAG (Security Advisory Group) and in industry representative groups for example the chairman of the ASD security research committee. In addition to his extensive industrial experience, Geoff spent 3 years working for the European Commission where he was responsible for supporting space policy and, in particular, the creation of the GMES initiative. Geoff is very well known to many in the space and earth observation sectors and brings this deep wealth of experience and knowledge to support the ambitions of the geo-information industry that EARSC represents. AbstractThirty years ago, when EARSC was born, Earth Observation (EO) was driven either by scientific objectives with a very few satellites providing images or by military / national security objectives where the images were held in a black hole. Early efforts of commercialization were not successful; lack of assurance for the continuity of service plus many unknowns meant that the civilian sector stayed focused on research and development for a further 2 decades.

Roll forward 30 years and the EO sector is becoming strongly commercial. Driven by a number of important trends, it is going through massive change:

The rapid growth in the number of satellites sending images back down to Earth, The growth of big data technologies enabling the paradigm change of user-to-data instead of data-to-user The emerging artificial intelligence capabilities which allow these vast data volumes to be processed The interest of venture capital to invest in space projects In Europe, the EU Copernicus program is having a strong influence on the market sector and the free and open data policy (FODP) is offering new opportunities for entrepreneurs with lowered entry barriers.

But the FODP is just one part of the picture and for new companies to thrive, further measures can and are being taken which can drive their growth. Work in the last few years has shown that new jobs and economic development is not just driven by SMEs but by young SMEs. Companies in their first 5 years of life and even in their first year are the source of all, net, new jobs. Policies that help them emerge and develop can yield good results.

The European Commission through the Copernicus program has shown a lot of leadership in this respect. Various schemes have been introduced to encourage this process including the Copernicus incubator, the accelerator, the masters supported by hackathons and user uptake measures. Funding measures are encouraged with both public and private bodies involved to offer a raft of possibilities around, loans, grants and investments.

EARSC, now seeks to develop this process further and is putting in place a new scheme to help researchers turn their ideas into businesses. Understanding the value of the technology, its products and services is key; communicating this information to users, policy makers and other stakeholders is crucial. The value in the Copernicus data is high and is helping to create many new start-ups and to develop new businesses.

Through a value-chain methodology, EARSC is demonstrating how Copernicus is offering benefits to citizens and society. The presentation will describe these methods, the results they are generating and how they can feed into a new process to help turn research into business. We shall also describe some policy measures which can help accelerate and improve the uptake of Earth Observation data.