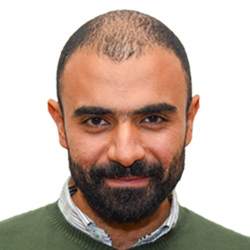 BiographyChady Jabbour, PhD student in Economics. The thesis deals with the valuation of the socio-economic impacts of SDIs and the development of an economic model for this type of infrastructure.AbstractChadi Jabbour, Anis Hoayek, Helene Rey-Valette, Jean-Michel Salles | University of Montpellier Pierre Maurel | TETIS, Irstea The objective of this paper is to present an economic valuation of very high resolution (VHR) satellite images as perceived by the direct users. We will focus on the images provided by the spatial data infrastructure (SDI) GEOSUD/ Theia, based in Montpellier. While the current access and use of the VHR satellites images is free through the platform, quantifying the value of these data presents a significant undertaking for the community of satellite images users and a support tool for other applications in related fields. A survey among the totality of registered users on the platform found a mean value of 1703 euro for a VHR image. For the 13000 images available on the platform, the total user benefits is 22.14 M euros. In addition, 74% of GEOSUD subscribers are ready to pay 750 euro per image above a threshold of 8 images acquired for free. The results show, that users in general have more tendency to pay for a fixed yearly amount to adhere to a VHR pooling mechanism system, than to be quoted per image. However, if an amount of 500 euros was fixed as membership fee, GEOSUD will probably lose 68% of the current number of subscribers.