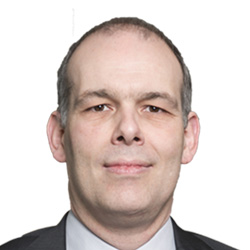 BiographyLuis Gomes is SSTLs Chief Technologist, working from the companys base in Guildford, United Kingdom. An Applied Physics graduate, he holds an MSc in Satellite Engineering and started his career in space as a Space Environment and Mission Analysis engineer. Luis joined SSTL in 1997 and worked on several missions, undertaking tasks as diverse as mission analysist, design of thermal control subsystems or assessing environmental threats to the missions. In 2000 he became a lead systems engineer and three years later he moved on to project manage SSTLs flagship EO missions. As Head of EO from 2008 onwards and later as Business Unit Director for EO and Science, he realised a personal, long standing ambition, to design and build a small satellite SAR now known as NovaSAR. At the same time he set the vision for a low cost, metric class, EO satellite system, which formed the basis for the 1m DMC3 constellation. In the last few years he has focused his attention on next generation super and hyper constellations of optical and SAR satellites. He developed the concept for the Carbonite series of technology demonstrators first launched in 2015 and positioned SSTL as a key partner in several new space EO ventures. In parallel, Luis has an interest in planetary astrophysics and over the years contributed to several studies and proposals on low cost missions to the Solar System and is currently sponsoring SSTLs participation on the Twinkle mission. In 2016 he became the Commercial Director of SSTL, driving the vision of the company for the next generation space systems.