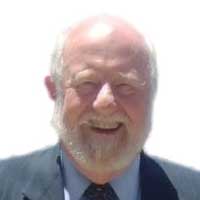 BiographyFather of space-based AIS, Guy, involved in surveillance for 40+ years in the military, law enforcement, industry, DHS, & Johns Hopkins' APL, served in combat on 3 cruisers, 2 submarines and 6 recce aircraft. He was the first person in the Navy awarded USAF wings and to qualify for Surface, Submarine, Air & Space operations. A distinguished graduate of the Naval War College, he introduced both Space and Spec Ops to it.AbstractMaritime security begins with maritime situational awareness. In the 21st century it is widely recognized that there are four global commons where all nations of the world meet and interact, thus all nations have a stake in seeing that there is order in them. Those four commons are: Maritime, Air, Space, and Cyber. The leading-edge technologies of two of those global highways, Space and Cyber, are rapidly converging and dramatically changing operations in many aspects of life on Earth.

This is especially true in the original commons, the maritime domain. This paper lays out how unclassified space systems, starting with Satellite AIS (S-AIS), coupled with advancements in the handling and processing of large amounts of data in the cyber world, using such tools as Artificial Intelligence, Machine Learning and Blockchains, are providing the opportunity for substantially improved maritime situational awareness (MSA) for the good of all nations.

As more and better Earth observation satellites are launched and data fusion/analysis capabilities expand, Space and Cyber have formed a very cost-effective synergism. Intelligently applied this synergism is now substantially assisting detection of many unlawful activities including the illegal harvesting of fish, oil, and minerals, and the pollution of the marine environment. It is also significantly improving security operations of all categories including counter-piracy and counter-smuggling of all kinds (people, drugs, weapons, and contraband) as well as enhancing safety of life at sea, by making traditional terrestrial systems dramatically more effective, thereby saving substantial amounts of money and other resources. These systems will also assist in disaster preparedness, mitigation and recovery.

A global collaboration of regional centers would increase the effectiveness of these systems even further and would lower the cost via international cost sharing. It would also provide a focal point for the maritime security global coordination and cooperation repeatedly called for in many venues over the past ten plus years.