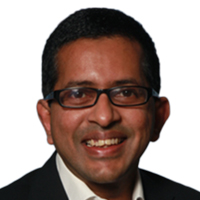 BiographyShankar is the VP at Planet for JAPAC. In this role, reporting to the CRO, Shankar is responsible for customer success, partnerships and growth.

He was most recently the VP, Analytics, OpenText, JAPAC. Prior to this role, he was the VP for Global Premier Accounts, OpenText. Prior to OpenText, Shankar was at Hewlett-Packard on various leadership roles including Consulting Practice Head for Asia, JAPAC Director of Application Outsourcing Services, and Strategic Transactions Lead.

Shankar has advised many of the Global 2000 organizations on digitalization of their businesses, and governments on digital governments. His clients span industries such as financial services, energy & resources, telecommunication, retail & manufacturing, transport & logistics and government. Shankar is regular speaker on digital disruption at industry conferences across JAPAC as a thought leader and researcher.

Shankar graduated from the Indian Institute of Technology (IIT) Kanpur, India, in Computer Science and Engineering and completed EMBA from University of Technology Sydney (UTS), Australia. He is currently pursuing his PhD in Management studies, with his research interest in Public Sector Service Innovation. He is a board member of the Service Science Society of Australia and a senior member of the Australian Computer Society.