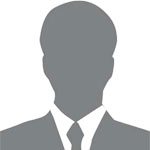 BiographyPhilipp Grimm is working with IGI since 2008. IGI is based in Kreuztal, near Cologne in Germany. Mr. Grimm started as marketing & sales manager and together with his brother he is managing the family business since April 2015. Philipp holds a M.Sc. in business information systems from the University of Siegen, Germany.Abstract 2-IN-1 Large Format & Oblique Aerial Camera Systems for 3D Urban MappingThe integration of multiple independent optical camera modules to one camera system is the basic design principle of most large format cameras over the last years. All of these systems differ from analogue large-format cameras, which were usually used with a single lens and a single analogue image sensor. Besides the use of multiple camera-heads for the creation of 'traditional' aerial nadir images, systems with multiple camera-heads can be employed to create various image-formats that can be adjusted depending on particular requirements. The IGI UrbanMapper camera system combines four oblique camera modules with a large format in the nadir view. The integrated four oblique camera modules expand the application area by all oblique-image based applications. The 2-IN-1, nadir and oblique imagery build an optimal constellation for dense image matching algorithms. The presentation will show the camera system, its modularity and the according workflows for standard photogrammetry applications as well as automatic 3D city models.