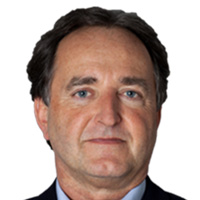 BiographyAndreas Littkopf holds a degree in agriculture (terrestrial ecology) from the Humboldt University in Berlin (1986) and a degree in business administration (2000). After working in a local environment agency, he acted as Pre-Accession Adviser in Poland and Slovenia implementing EU directives. Since 2007 he is leading a European Topic Centre for the European Environment Agency (EEA), doing integrated assessments and developing spatial reference data. He also collaborated in various EU research projects (FP6, FP7, H2020).

Currently he coordinates the ETC/ULS, the European Topic Centre on Urban, Land and Soil systems, which is supporting the EEA by developing various indicators and reports on European scale, based on satellite imagery and supports the land monitoring component of the Copernicus program. On the other hand, he is also supporting urban development initiatives and is partner of the project USC (United Smart Cities) from the very beginning.