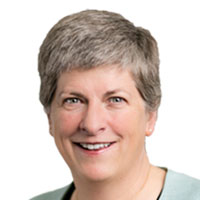 She is a Director of Location International Ltd which provides strategic advice and full operational capacity globally, to the public and private sector, as to how to gain from improving their own use of location information to enhance their decision-making and to meet the ever changing needs of their customers and stakeholders.

In addition, Vanessa is a Non-Executive Director of the Satellite Applications Catapult, on the Advisory Boards of Seraphim Space LLP, the Space venture capital fund backed by the British Business Bank, and the Urban Big Data Centre, a Trustee of the Royal Geographical Society, the Honorary Colonel of 135 Geographic Squadron Royal Engineers, Honorary Vice-President of the Geographical Association, a Patron of MapAction and holds Visiting Professor positions at two UK Universities.

From 2011-2015, she was a founding co-chair of the United Nations Committee of Experts on Global Geospatial Information Management (UN-GGIM).

Prior to joining the Civil Service, she held senior roles with the billion-dollar American software company, Autodesk and also the global media and publishing company, Pearson plc.