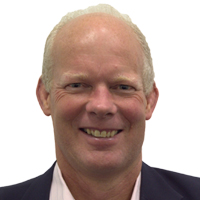 John left the British Army to join Ordnance Survey International in 2013 where he opened up new markets in the Middle East, South America, Africa and Europe. His experience spans a range of engineer, geospatial, intelligence and operational roles, including commanding 42 Engineer Regiment (Geographic) and Chief of Staff, Headquarters Engineer-in-Chief (Army). He has worked in Germany, Central America, Africa, Balkans, Cyprus, Afghanistan and across the Middle East. He has developed government policy and strategic direction for geospatial information, including representing UK on the EU Satellite Centre Board, and furthered the role of geography on international military and stability operations, disaster relief and Londons Olympics. He contributes to the United Nations Global Geospatial Information Management work.

John is a Fellow of both the Royal Geographical Society and the Institute of Royal Engineers, and is a Chartered Geographer. john.kedar@os.uk