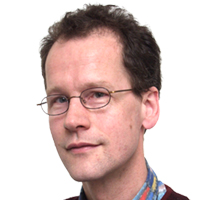 BiographyChristian Heipke is a professor of photogrammetry and remote sensing at Leibniz Universität Hannover, where he currently leads a group of about 25 researchers. His professional interests comprise all aspects of photogrammetry, remote sensing, image understanding and their connection to computer vision and GIS. His has authored or co-authored more than 300 scientific papers, more than 70 of which appeared in peer-reviewed international journals. He is the recipient of the 1992 Otto von Gruber Award, the 2012 Fred Doyle Award, both from the International Society of Photogrammetry and Remote Sensing (ISPRS), and the 2013 Photogrammetric (Fairchild) Award from ASPRS. From 2004 to 2009, he served as vice president of EuroSDR (European Spatial Data Research, formerly known as OEEPE). From 2011-2014 he was chair of the German Geodetic Commission (DGK). Currently he serves as ISPRS Secretary General.