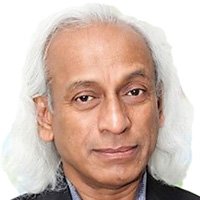 BiographyReji is the President of India Smart Grid Forum (www.indiasmartgrid.org) since its inception in 2011 and also the Chairman of Global Smart Grid Federation. He is an internationally renowned expert with over three decades of experience in the electricity sector in diverse functions covering the entire value chain and across continents. He is spearheading a mission to leverage technology to transform the electric grid in India and light every home at affordable cost through sustainable developmental models. Reji played the pivotal role in formulation of the Smart Grid Vision & Roadmap for India (August 2013) and the launch of a National Smart Grid Mission (March 2015) by Government of India, issue of Model Smart Grid Regulations (June 2015) by Forum of Regulators; and issue of Standards for Smart Meters (IS 16444 -2015 and IS 15959 Part 2) by Bureau of Indian Standards. He is presently advocating for a Right to Electricity Act that will ensure lifeline supply of electricity to all citizens in the country. His current areas of research include: WiFi as Last Mile Connectivity Solution for Smart Metering, Smart Grids as Anchor Infrastructure for Smart Cities, Development of Smart City Maturity Model, Grid Interactive Buildings and Campuses (Smart Microgrids that can participate in evolving transactive energy market), Future of Transportation; and Electric Vehicle Charging Infrastructure Standards and Policies for India.

In November 2016 Reji was unanimously elected as Chairman of Global Smart Grid Federation (GSGF), a global umbrella organization of smart grid associations from 16 countries and the European Union.

As an entrepreneur, Reji has built successful enterprises in India and overseas and exited them. Reji has studied Engineering, Finance, Management and Law; worked with NTPC and IBM and has been senior consultant with ADB, World Bank and USAID. A recognized thought leader in smart grid technologies and concepts of smart cities, Reji is a popular key-note speaker at international symposiums and conferences on smart grids and smart cities. He has also contributed to several articles and books.